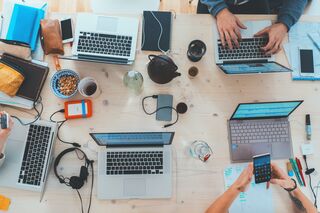 Teenagers in the U.S. are experiencing rapid increases in their rates of depression and anxiety. These trends have been evident for the past 15 years. The impact of the COVID-19 pandemic amplified existing mental health issues for many teens and created a greater awareness of these concerns for parents, professionals, and teens.

The fallout from the pandemic, though, does not fully explain why so many teens feel overwhelmed by anxiety, display self-harm behaviors, and are committing suicide in greater numbers. A recent article in the New York Times—“’It’s Life or Death’: The Mental Health Crisis Among U.S. Teens”—describes a 60% increase in the rates of major depression in teenagers. The same article reports increased suicide rates in people ages 10 to 24 between 2007 and 2019. These statistics predate COVID-19. Mental health professionals almost unanimously report that they have never seen as many teenagers overwhelmed and incapacitated by stress and depression as they have in the past two years. Anxiety, change, isolation, and uncertainty resulting from COVID-19 are one clear reason for the mental health crisis. Social media and technology are also commonly blamed for the increases in depression and anxiety over the past decade. But a more nuanced view asks just how much screens contribute to the mental health crisis among U.S. teens.

There is compelling research indicating increases in teenage depression since the advent of widespread smartphone use in 2011. Jean Twenge of San Diego State University describes how the “smartphone has radically changed every aspect of teenagers’ lives.” (Adult lives, too.) For some teenagers, smartphones and the broader issue of screen time have been a significant—if not primary—co-contributor to their depression and mental health issues. Many studies have found a relationship between excessive amounts of screen time and poor psychological adjustment. Most of these studies have been correlational in nature; as a result, they can be interpreted to suggest that excessive amounts of smartphone/screen time cause depression, but we might also infer the converse causal relationship: that teens are using screen time as a coping strategy for their increased stress, anxiety, and depression.

Some of the most compelling research, conducted by Amy Orben and Andrew Przybylski, suggests that a modest amount of screen time is related to healthy adjustment. Previous studies by Przybylski indicate that teenagers who do not engage in any screen time report lower levels of psychological adjustment. A similar finding was noted for teenagers who report excessive amounts of screen time. And in my own interviews with dozens of teenagers while writing my book, The Gaming Overload Workbook: A teen’s guide to balancing screen time, video games, and real-life, I found that most teenagers recognized the pros and cons of screen time in their lives. Many were able to identify when they were spending too much time and energy on their screens but often did not know how to change this pattern. These observations suggest that we take a more nuanced view of the impacts of screen time on mental health issues among teenagers.

Screen time and smartphones are not unlike other modern technologies like automobiles and air conditioners: They all make our lives much easier, but come with some unintended consequences (including carbon emissions and increased global warming). But like these other advances, smartphones and screens are not going away. Some families may try to totally restrict their children and teenagers from screen-based technologies, but that has its consequences as well.

Excessive (and inappropriate use) of screens can negatively impact the mental health of teenagers. They contribute to trends in which teens spend less time outdoors. Even for those teens who are not spending their nights playing video games, screens can negatively impact sleep since 70% to 75% of teens can always reach their phones without moving their feet 24 hours per day. Social media makes kids more likely to compare one’s life to the “perfect” lives of others around them, leading them to feel more self-conscious and less competent. Social media also makes it easy to criticize and bully others with little or no recourse because it does not need to be done face-to-face.

While the internet has been a great invention for sharing knowledge, access to information via the internet is not always helpful for teenagers. Too many choices can cause distress. For example, research on children who engaged in self-harming behavior indicates that they were more likely to engage in this behavior because of the matter-of-fact way this topic was discussed in online forums and in social media. Access to information about mental health issues, which is generally considered to be helpful, can also create confusion. After going online and reading about the symptoms of ADHD or autism, many teenagers are (incorrectly) convinced that they are affected by these disorders.

There are positive aspects to smartphones and screen time: It is easier to learn about psychological disorders and begin to ask questions of peers, parents, and professionals about these concerns. Alternative or different learners can use technology to help them with memory, organize their homework, or get their words onto paper. For many anxious children, screens provide a way to connect with others that they find far more difficult to do face to face in real life. For other teenagers, it is a way to be part of a peer group, have fun with friends, and get support when they need it.

The bottom line is that screens and smartphones are not going away, nor are they to blame for the mental health crisis among teens. Teens who have a balance between their screen time and the rest of their life are more likely to be psychologically well adjusted. In my book, I ask teens to take an honest look at their screen time. (I also suggest they look at their parents’ use of technologies.) Teens are keen observers of their world and know that most of us are spending too much time in front of a screen. Those who are able to monitor and think about their screen time begin to make different decisions. Interestingly, a recent study from the Pew Research Center indicates that 54% of teenagers think that they spend too much time on their screens. They just don’t know what to do about it.

Rather than blaming screens for the mental health crisis of U.S. teens, I suggest that we take a few steps to make screen time healthier, more mindful, and part of a healthy media or play diet. Talking—and more importantly, listening—to teens about their connection to their technologies can help them make better decisions. Here are a few strategies that I suggest: